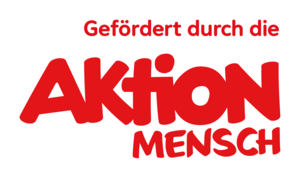 Aktion Mensch e.V. is the largest private funding organization in the social sector in Germany. Its members include: ZDF, Arbeiterwohlfahrt, Caritas, Deutsches Rotes Kreuz, Diakonie, the Paritätische Gesamtverband and the Zentralwohlfahrtsstelle der Juden in Deutschland. Every month, the association uses the proceeds from its social lottery to support up to 1,000 social projects for people with disabilities, children and young people. 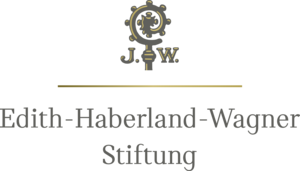 The Edith-Haberland-Wagner Foundation was established in 1996. It ensures the preservation of the Augustiner Brewery in Munich as a private brewery and is active in many areas of charity. Among them are the cultivation of customs and traditions, preservation of monuments, protection of the environment and landscapes, as well as charitable purposes that directly serve the altruistic support of people. Please find more info at www.ehw-stiftung.de

The Bavarian Savings Banks Foundation is an expression of the social commitment of the Bavarian savings banks and their responsibility for the common good. It promotes a variety of charitable projects, currently with a clear focus on innovative museum education, environmental education and telemedicine. It is involved in projects of transregional to Bavaria-wide significance and thus complements the public welfare-oriented activities of the 115 local Bavarian Savings Banks Foundations. www.bayerische-sparkassenstiftung.de/

As „Our City’s Bank“ the Stadtsparkasse München is involved in several ways for Munich and contributes where individuals or the community are limited in their actions. www.sskm.de

More than four million people live in the district of Upper Bavaria, the largest of the seven Bavarian districts. That is one third of all Bavarians. The district of Upper Bavaria is the third level of local government. As such, it takes on tasks that go beyond the responsibilities of the municipalities, counties and independent cities. It is administered by the District Parliament, which is elected by the people at the same time as the State Parliament. It takes on important tasks particularly in the social and cultural spheres, and promotes, supports and helps. www.bezirk-oberbayern.de/